In its infancy, Honeymoon Bay was a true working town. That is, if you lived in Honeymoon Bay, chances are you were employed by Western Forest Industries Mill which was located on the shores of what is now the Central Beach area and March Road.

The homes on the original townsite were built and completed by WFI in 1947 and construction of the duplexes began in March of the same year. These homes were rented to mill workers and their families. 1947 also saw the formation of the Fire Department and the opening of the first post office. 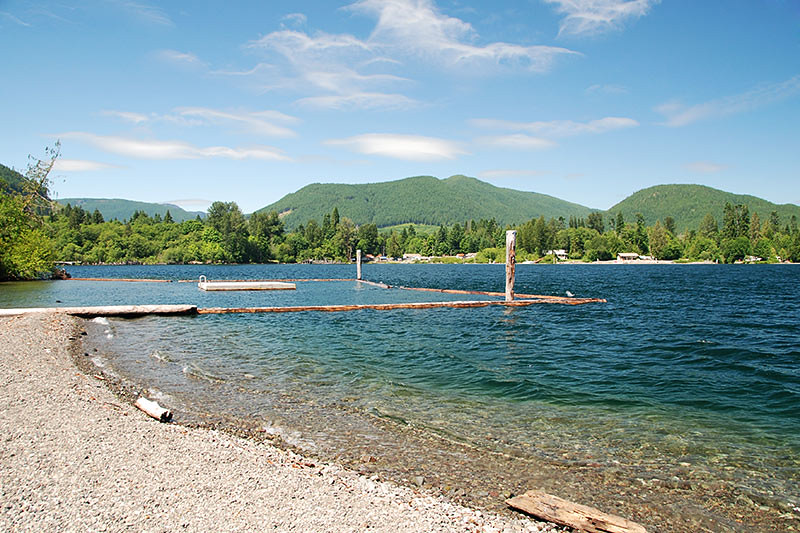 WFI was a rather benevolent employer, taking care to ensure Honeymoon Bay was a thriving community with many recreational activities. The Community Hall was officially opened in February of 1948, as well as a park for the children and tennis courts for the residents to enjoy.

Catastrophe struck the first time in July 1948 when the mill was destroyed by fire leaving 500 unemployed. Fortunately, the shut down was not permanent and the mill was rebuilt and began operation again in 1950.

The community was very active during the ’50s, taking part in such activities as badminton, square dancing, card parties and garden clubs.

A unique thread in the fabric of Honeymoon Bay history is the Honeymoon Bay Lawn Bowling club which was formed in 1952. Originally, the club was for employees of WFI but later became open to all residents of Honeymoon Bay. The club was very active during the 1950s and ’60s and was dissolved around 1976. The original club hut still stands in the playground in the centre of the townsite.

March Meadows Golf and Country Club officially opened in October of 1970. The challenging nine hole course was developed using the natural lay of the land and is the original home of LPGA star Dawn Coe-Jones.

The mill closed its doors in 1981, causing profound unemployment and creating an era of confusion for those who occupied the homes in the original townsite. Many of these residents were able to eventually purchase the dwellings for a reasonable price but most had to leave the area in search of employment.

Despite setbacks Honeymoon Bay continues to flourish. Although some residents have left, development and the low cost of housing make it attractive for others to purchase in the area, many of which are young families drawn by the charm of a small community.

The townsite still boasts the community hall, the volunteer fire department, a general store, butcher shop and post office. As well there’s been an impressive modernization of the elementary school.

Tourists are attracted to the beauty of the area and recreational activities include camping at Gordon Bay Provincial Park, walking through the Wildflower Reserve, golfing at March Meadows or visiting any number of beaches.

In 1997, Honeymoon Bay saw the gas station at the entrance to town re-open as well as a neighbourhood pub “the Cutthroat Tavern” open for business.

One cannot have a complete history of the Bay without mentioning the first resident, Henry March. Very much a pioneer braving untouched wilderness, March came to the Bay in 1887 and cleared a site with the aid of horses and oxen that became the March farm, of which the original house still stands today.

From a booming mill town to the spectre of becoming a ghost town, few could have seen how Honeymoon Bay would become the tourist destination it is today. For those who live there, however, Honeymoon Bay will always be seen, first and foremost, as home.

This history first appeared in the Lake Cowichan Gazette, July 30 1997-by Kelly Johnston